Casa Batlló : the shrine designed by Antoni Gaudì in Barcelona 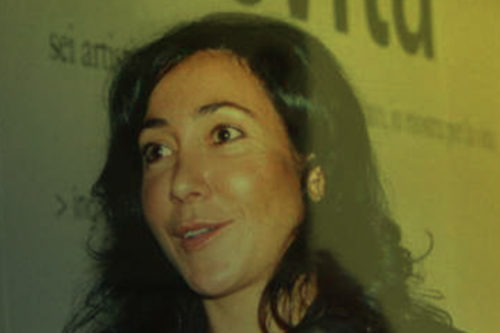 We stare open-mouthed at Casa Batlló as an outstanding example of modernist artwork and inspirational architecture in Paseo de Gracia: the historic heart of Barcelona.

In the early 20th Century, a rampant and booming bourgeoisie started to colonize this part of the city and commissioned different architects to build the most ambitious dwellings. In a twist of fate, the original construction bears the signature of one of Gaudi’s professors: Emilio Sala Cortés; it was purchased in 1903 by Josep Batlló y Casanovas, a textile industrialist who aimed to make a name for his family at the forefront of the Spanish architectural scene with a sensational building.

The master in chief was Antoni Gaudì; it goes without saying that he loath to compromise and asked for absolute creative freedom. He opposed the demolition of the property, instead envisioning its historical preservation, and immersed himself in the project from 1904 to 1906. The architect drastically transformed the façade, redistributing internal partitioning, expanding the patio of lights and converting the interior into a one-of-a kind piece of art.  Besides its artistic value, the building is also extremely functional, much more characteristic of modern times than of the past. Some even see elements that herald the architectural trends of the late 20th Century.

In 1995, the current owners, the Bernat family, re-opened this architectural treasure to the world, as the perfect stage for different events. Casa Batlló is a manifesto for a visionary world that evokes nature and fantasy, while also an avant-garde model of sustainable and eco-friendly construction system.

The façade is the epitome of Gaudi’ symbolic universe, a powerful synthesis of his architectural vocabulary, giving way to an on-going dialogue with materials, light and colour. The result is a vibrant marine-inspired façade, layering spontaneous sculptures, recycled materials and decontextualised objects, translating them into an unusual artistic code.

Its corrugated surface is the canvas where stone, glass and ceramics are interwoven and masterfully displayed to create a stunning masterpiece. This three-dimensional painting comes to life when illuminated by the daylight, in a harmonic and balanced motion, as if it were a living element of the urban landscape.

On the ground, main and first floors, the façade features slender stone columns in the shape of bones, decorated with characteristic modernist floral elements. The mask-shaped protruding balcony is fitted with railings moulded from a single piece of cast iron.

On the Main Floor, Gaudí added a huge gallery where large oval-shaped windows represent open eyes overlooking the outside world.

The crown of the façade, which is similar to a dragon’s back, along with the four-armed cross (representing the handle of a sword) evokes the legend of Saint George slaying the dragon with his sword, saving the princess and the people from the animal’s wrath. Based on this interpretation, the roof’s design symbolises a sword embedded in the dragon, and the bone-shaped columns commemorate its victims. In fact, throughout history, Casa Batlló has been known as the house of bones or the house of the dragon.

According to the sources of the Gaudi Foundation, others interpret it as an aquatic landscape, evoking Monet’s series of oil paintings, The Water Lilies, as a result of the colourful coating of ceramic glaze and fragments of broken glass. Another genius, Salvador Dalí, agrees with this marine interpretation:

“Gaudí drew inspiration for the house from the shapes of the sea, representing waves on a calm day. A true sculpture of the reflection of twilight clouds on the water, from which shapes of extensive water emerge, shapes of water that stretches out, shapes of still water, shapes of shimmering water and shapes of water ripples caused by the wind.”

Gaudí himself never explained his work and he worked on the façade from the outside, without specific plans, something which was characteristic of his work. Consequently, he created a house full of symbols, fantastic imagery, a canvas that explains a virtually indecipherable story, to be completed by each individual with their own imagination.

The inside of Casa Batlló is a marvel of design thanks to collaboration with excellent masters and artisans of the time, with wrought iron, wood, stained glass, ceramic tiles and stone ornaments, among others.

Doors leading to the different apartments are identified by letters with modernist traits. The windows of each landing distort the tiles of the patio of lights, transforming them into ripples of water. The doorknobs and banisters have ergonomic shapes… It is the avant-garde of interior and industrial design as we know it, the architect has been involved in each and every aspect: design, colour, shape, space and light.

Beauty and function walk hand in hand, right from the entrance hall to the roof terrace.

The communal entrance hall on the ground floor leads to the Batlló family’s private entrance hall, through an impressive modernist grid.  This space evokes an underwater sphere, transporting visitors to the fantastic world of Jules Verne, with skylights that resemble turtle shells, vaulted walls with curved shapes and a spectacular wooden staircase. The carved banister, made from hardwood, represents the backbone of a huge animal, rising up through impossible spaces.

Batlló’s study, with its unusually ironic mushroom-shaped fireplace, leads to the house’s main living room, where a large picture window takes centre stage, forming a gallery onto Paseo de Gracia, which is ideal to see and be seen. Among other elements, the huge oak doors are particularly noteworthy, with organic shapes into which Gaudí incorporated stained glass panes and a wavy ceiling, evoking the strength of the sea.

The patio of lights is the core of the house, as it incorporates innovative technical and design solutions to distribute the air and light that filter through the main skylight. Gaudí extended the patio, including a second one, to ensure that natural light – a key element in his concept of interior space planning – would permeate the whole house. The tiles of different blue tones (with more intense colour in the upper part and lighter tiles at the bottom) create a beautiful chromatic effect while maximizing the uniform distribution of light.

True to this philosophical approach, the upper windows are smaller and they become bigger as we descend, thus allowing more light to enter. The lower windows have wooden slits which can be opened or closed for ventilation control.

Gaudí installed the lift in the centre of the patio of lights. Its beautiful original wooden lift car is still in use today.

The Batlló family’s private dining room, located in the centre of the Main Floor, leads to an exclusive rear courtyard with its beautifully decorated paving and glass-coated flower pots, where visitors can relax and enjoy the calm of a verdant oasis in the middle of the bustling city.

Inspired by a sense of “organic” architectural vision, the roof terrace features the famous dragon’s back, which stretches out along the façade clad with brightly coloured tiles.

Here, the open loft is an intriguing combination of aesthetics and functionality, formerly a service area for the tenants, its essential shapes are highlighted by the use of white in line with the Mediterranean influence, and its all-pervading light. A striking series of sixty catenary arches evoke the ribcage of a paleolithic animal.

The four crooked and polychrome chimney stacks, designed to prevent backdraughts, take centre stage and testify once more the perfect balance of natural genius and sense of functionality. Once again, beauty and functionality converge in the most beautiful and emblematic house of Catalan modernism.

As above mentioned, the revamping carried out by the Doble Espacio design studio, aimed to restore the interior to its original splendour, partly tarnished by the passing of time and thousands of visitors. An accurate study of the place, drawings of the time still available and materials, was necessary to effectively take on this challenge, also considering the fact that different conservation techniques were required according to treated materials.

The beauty of the wooden floor, for example, (legend has it drawn by the hand of the same author) has been lovingly reproduced by Listone Giordano in its squared-module monochromatic “chessboard” like geometry in precious French oak, scrupulously following primitive proportions and weaves. A tailor-made creation – comparable to a refined monochromatic chessboard that extends horizontally – with a special protective finish.

The interior refurbishment of the main floor was carried out by Doble Espacio Studio, to restore it to its old splendour. They aimed to resurrect the authentic “spirit of the place”, redesigning antique wood finishes, making a strong case for coherent and consistent continuity.

The bespoke Atelier wood floor draws from the values of Italian craftsmanship and culture of wood. The unique and diverse array of Oak textures and patterns were originally sketched by Gaudì himself, according to nature and time. The surface is enhanced by artisan treatments that turn each “square-tile” module into a unique work of art, no two are alike. An Atelier floor is steeped in memory, it tells an ancient and very personal story, one of passion, art and respect for nature. But it is also very modern, blending seamlessly into the most contemporary of styles and spaces. 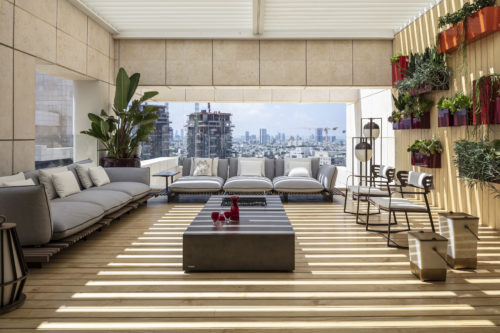 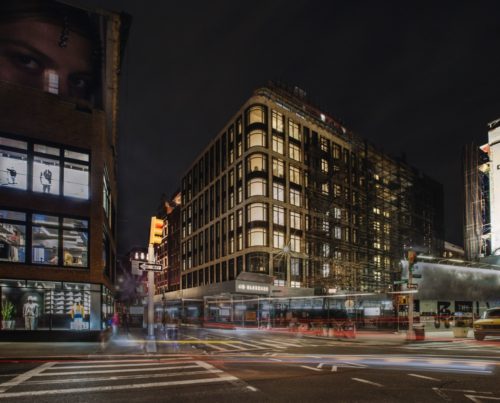 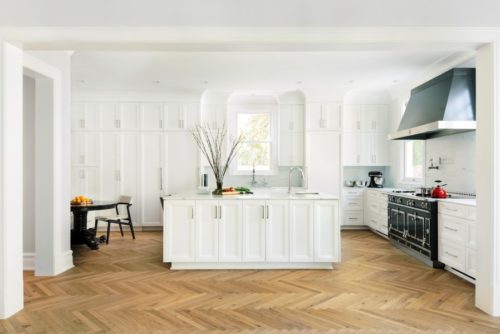 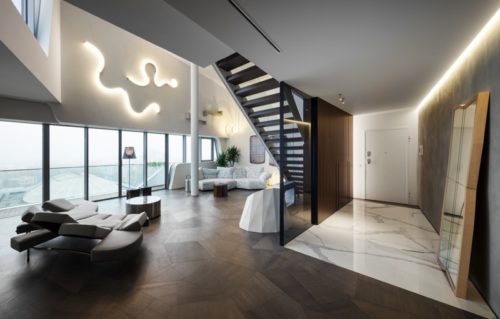